Coworking Space Members: It's a girl!

Novel, a coworking space in Boulder 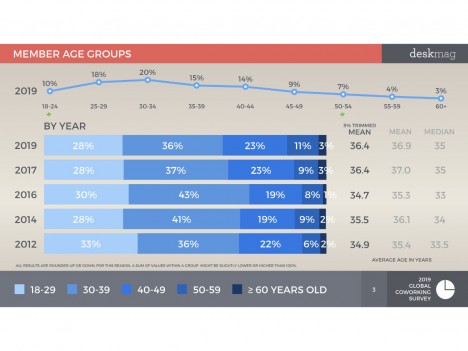 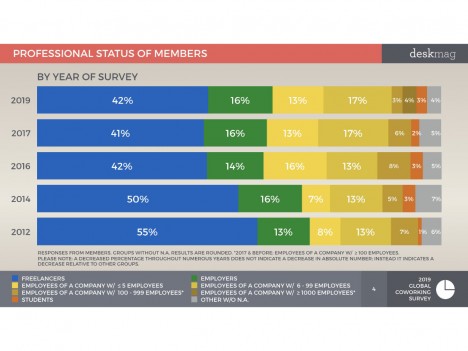 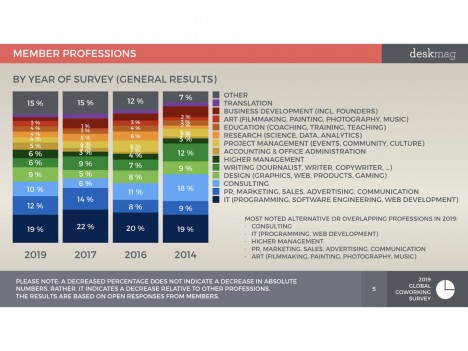 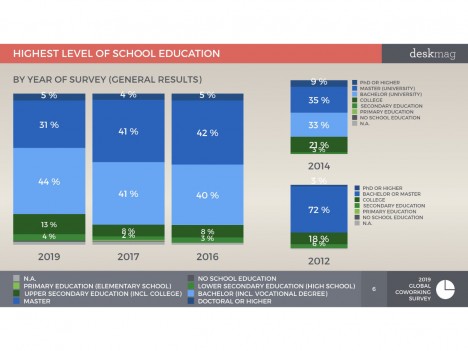 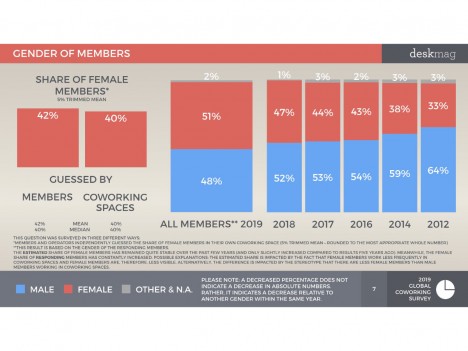 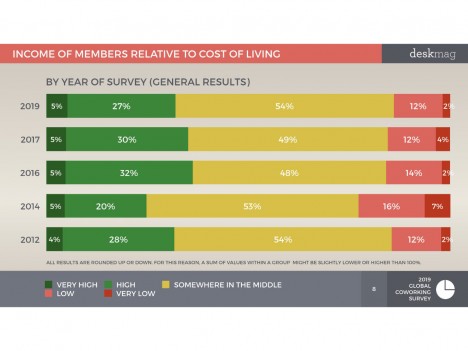 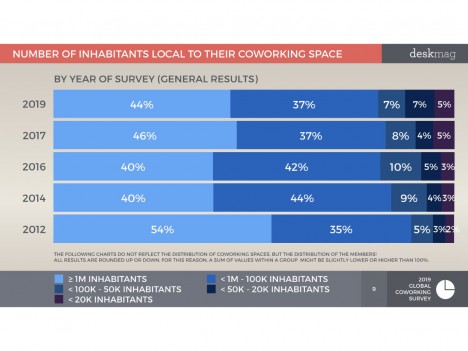 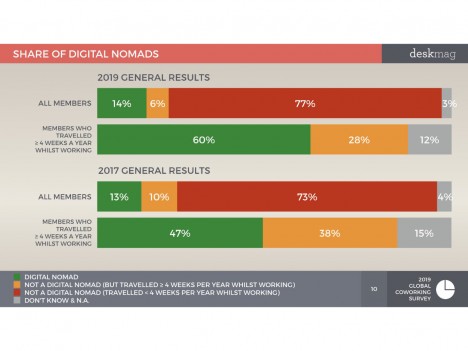 Women have become the majority among members in the past year. Freelancers continue to be an important target group, all the more so in coworking spaces located in smaller geographical areas. What’s more, proportionally a growing percentage of members are working in those areas as well! Read this article to find out who actually works in coworking spaces.
By Carsten Foertsch - Tuesday, 10 March 2020

The share of female members in coworking spaces has been rising steadily for years. In the last survey, this figure crossed the 50% threshold for the first time worldwide! However, when users and coworking space operators estimated the share of women, the figure remained constant at around 40%, as in previous years. How can this discrepancy be explained?

The independent conduction of the 2019 Global Coworking Survey was supported by Nexudus, Essensys & Yardi Kube. Download the free report here.

Another explanation could be a stereotypical one. In this case, this perception could be influenced by an unchanging mindset that coworking spaces are more likely to be used by men.

Employees only dominate in large cities

Freelancers continued to represent the largest group of members in coworking spaces worldwide (42%). This is surprising, given the increasing number of coworking spaces that rented entire floors to companies and their employees. However, this trend did not occur in all locations.

Employees dominated coworking spaces in megacities. Looking into different continents, employees were the largest group in Asia and North America. Freelancers, on the other hand, dominated in Europe and globally in medium and small towns.

If members themselves decided to use a coworking space, then just over half of those members were likely to be self-employed.

If someone else chose a coworking space for a member as their place of work, almost 85% of those members worked as employees.

In terms of occupation, one in five members worked in the IT sector, slightly less than in the previous analysis two years ago. The second largest area, PR & Marketing, also declined slightly in favour of consulting professions (3rd place) and design professions (4th place).

Overall, the results hardly differed from previous years. Most differences could also be explained by the survey methods. For instance, instead of offering them 500 response options, members were able to answer openly. Certain occupations couldn’t be clearly differentiated, especially consulting professions. Furthermore some practiced more than one profession.

Among men, IT professions dominated, with one in three working in this sector. Women were more likely to be found in the fields of PR & Marketing and Design.

Older members tended to work more often as consultants, whereas younger members were more likely to work in PR & Marketing or Design. In the IT professions, however, there were almost as many members under 40 years of age as over 40.

The average age of members was 36. However, proportionally there was an increased share of younger and older people working in coworking spaces than in the past.

Overall, 80% had a university education, significantly less than the average in previous years. Among members, the younger ones contributed to a higher share of college & bachelor’s degrees, many of whom might yet still complete a master’s degree.

Older members increased the share of married people. Nevertheless, the relative number of members who were already in committed relationships but not married also increased. Overall, therefore, the share of singles fell.